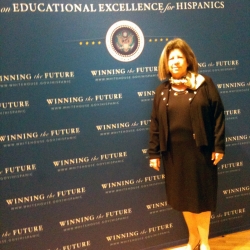 Gilda M. Bloom, Ph.D. was trained as a Sociolinguist and a Cultural Anthropologist at Stanford University. She served on the National Education Association (NEA) Board of Directors for seven years. During her time at NEA, she was a Congressional Federal lobbyist on behalf of public education. Currently, she is an elected delegate to the California Teachers Association State Council, CTA’s highest governing body. During Barack Obama’s presidency, Dr. Bloom was recognized as a National Hispanic Leader and she was invited to attend and participate in the White House Hispanic Community Action Summit.