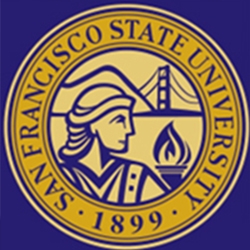 Dr. Pogrow specializes in (a) Education policy for reducing the achievement gap, and (b) in the design, implementation, and dissemination of more powerful large-scale learning environments for students born into poverty, and the role such environments play in school improvement.  He is the author of 4 books, and more than 110 articles/book chapters.  He has made over 250 presentations around the country and internationally.  Dr. Pogrow has also been the sole PI on $3 million in R & D grants.  His work has been funded by: The National Science Foundation, U.S. Department of Education, Arizona Department of Education, Edna McConnell Clark Foundation, Ford Foundation, MacArthur Foundation, IBM and Apple.

In addition to extensive writing and presenting on school reform policy, Dr. Pogrow is a leading designer and disseminator of school reform programs to accelerate the learning of low-income and minority students.  He is the developer of the Higher Order Thinking Skills (HOTS) Project, a pure thinking skills approach to Title I and LD in grades 4-8.  HOTS combines the use of Socratic dialogue, drama, and technology, and has been used in approxi­mately 2600 schools in 48 states.  HOTS has won numerous state and Federal awards and has been one of the most successful reform efforts for educationally disadvantaged students.  Dr. Pogrow has also debunked the supposed effectiveness of some of the most widely used interventions targeted to marginalized populations.